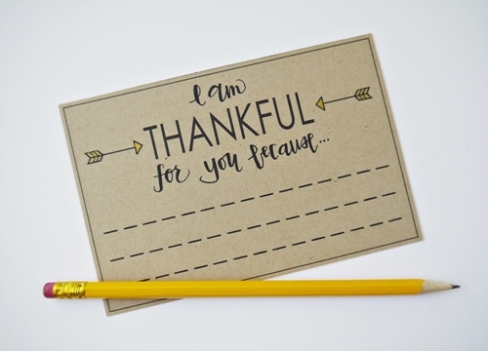 atiliay paper goods shop owner Olivia Lin, 29, recalls her eight-year-old self telling her mom, “When I turn 25 and have a million dollars, I’m going to give you all of my money and go to Africa.” The elephants and giraffes captivated the animal lover and vegan in Lin, as did the images of hungry African children she would see on TV commercials that asked for donations. “I remember thinking it was really sad. How come they didn’t have food and I did?” 21 years later, Lin doesn’t have a million dollars, but a trip to South Africa in 2007 inspired the Torrance, Calif. native to leave behind the daily grind of an unsatisfactory corporate desk job to pursue full-time her passion to create and to give back.

The goal of atiliay (French for an artist’s workshop) is “to make a lasting and meaningful impact through community, compassion, sustainability and love.” Proceeds from every item in the shop – which includes handmade, made-to-order greeting cards, invitations, gift boxes, and tags – are donated to a different handpicked charity. “I’ve always wanted to have a business that gave back,” said Lin. “There are so many great causes out there that I wanted to be able to support and try to make a significant impact for each one. I’m hoping in the long run, more people will know about it, and the donations will be more.”

Through Cards for a Cause (CAFC) campaigns such as Thanksgiving 2013, Lin sets a specific goal to donate a larger amount to the partner charity than the proceeds that sales of year-round items, such as birthday cards, generate. After researching various food related organizations, Lin chose Feeding America as the campaign’s charity because one dollar provides meals for eight people. Each $3.75 Thanksgiving postcard provides 10 meals while each $5 card provides 15 meals for families in need in the U.S. “By quantifying each card, it makes it more clear this is where the money is going and what it will do,” said Lin, who selects organizations she is familiar with or has researched through Charity Navigator. Originally, Lin’s goal was to raise enough money to provide 365 meals for Feeding America. As of Nov. 12, the campaign has made it possible to provide 1,005 meals. *To help atiliay reach its updated goal to provide 1,095 meals (equivalent to three meals a day for 365 days), click here to order Thanksgiving cards by Nov. 14 to allow ample shipping time. 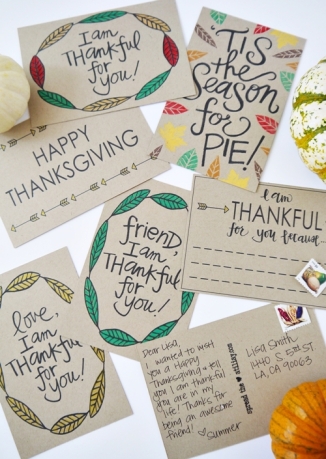 The next CFAC campaign – benefitting Food4Africa’s Ebongalethu Educare Center preschool in South Africa – will be in February 2014. This year’s first CFAC Valentine’s Day campaign provided enough meals for all of the preschool children during school hours for over a year. “Every card purchased provided enough meals for all the kids for a day. Some of the kids are there from 5am to 5pm. The parents have to provide a snack, but sometimes they don’t get any other food, so the preschool tries to provide that. I was really happy when we exceeded our goal. Hopefully that will be a sustainable way to keep providing them with meals,” said Lin.

Lin’s first encounter with Food4Africa was during her first and only trip to South Africa in 2007 with TOMS for a shoe drop. Lin had first heard about the then-emerging company while flipping through magazines as a part of her previous corporate fashion job. Excited by the company’s one for one model, Lin submitted an application to go on the 12-day trip. The team dropped off shoes to children along the route Food4Africa normally used to drop off food to them. “There was a point when we were at a school and they were saying if you came back a year from now, more than half these kids aren’t even going to make it to next year. It sounds cliché, but that was a really big trip. I didn’t want to just come back and go back to a daily grind and forget about everything we saw there. These kids are so fun, have so much energy, and so much potential. If there’s something we can do about it, I feel it’s only fair to give them that chance to live and go to school and be able to grow up,” said Lin. During the trip, Lin was inspired through a conversation with the Food4Africa founder to start a business through which she could donate proceeds back to the organization. Upon her return to the States, she was determined to follow through.

During the process to figure out the most sustainable business model that would work best as a vehicle to give back, Lin started a custom cake business, quit her corporate job, moved home with her family, and went back to school to complete a pastry program – all while hosting various fundraisers on the side to raise more donations. Along the way, Lin discovered she was tired of baking, reignited her childhood love of making artsy things, and grappled with the problem of how to get people to donate money and want to do it. “A lot of places are asking for money all the time for really good causes. I realized people are more likely to give back when it somehow impacts them too or they get something from it,” said Lin.

Lin decided to focus on greeting cards when she realized that people purchase them often. “You want to give a card to somebody because you care about them. We can use that love that we have for our own friends and family and spread the love to other people and places that might need help. I’m trying to make it so that it’s easy for people to give back. They’re going to get the card anyway, so hopefully they’ll get the card that gives back. You don’t have to pack up your bags to go to Africa to make a difference.”

On the cost that comes with making a difference, Lin said she has learned to live simply. “I realize I don’t need that much money to survive. I just need a place to live and food. Money wise, it’s stressful, but I’m much happier doing what I’m doing.” Lin draws inspiration from those around her, including her mom, friends, and individuals like Gillian Lange, founder of Lange Foundation animal shelter where Lin adopted all of her dogs. “I love people who go after what they feel like they should be doing. It would make this world a better place when everyone’s really passionate about their art or craft or what they’re doing in life.” 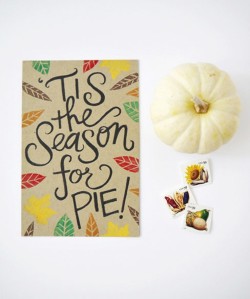 Lin, who would someday love to visit animal sanctuaries in Thailand, Costa Rica, and New York, shared a few thoughts with those who would like to make lasting and meaningful impact in their own way:

*Congratulations to atiliay and those who made it possible to provide 1,404 meals for Feeding America through the Thanksgiving Cards for a Cause campaign!

One response to “atiliay impacts communities through sustainable compassion”